Kyiv Bathtub Club – the first in a series of playlists comprised of music collected across my travels. This playlist comes from the last few months spent in Ukraine, with music  stolen exclusively from my friends & teammates there.   This is my semi-analogue, geographic approach to create audio experiences as documents: collecting music to gain insight, catalogue emotions, & organize memories. 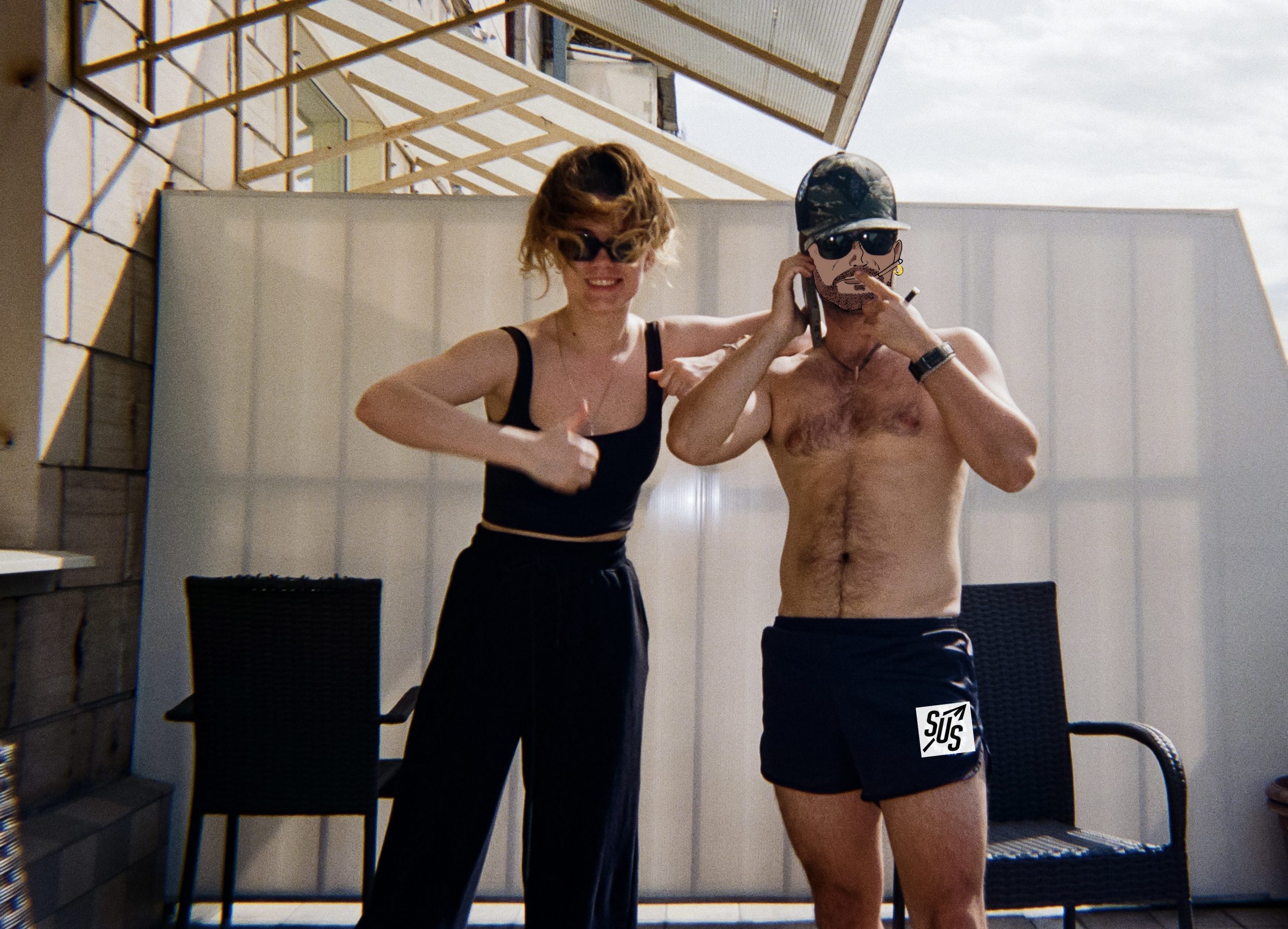 Experience can often change the way I perceive & enjoy music. Rap makes allot more sense after driving around with some heavily armed fighters in a new Mercedes, marred by bullet holes, while subsiding on gas station hotdogs. Nostalgia for late 90s / early 2000s rock of my childhood has a more natural place in a world gone so violently wrong. In contemporary music the Russian Invasion of Ukraine has been the first war where musical propaganda has been produced, distributed & listened to both ad-hoc & in real time. I wonder if you will get goosebumps from those tracks too? 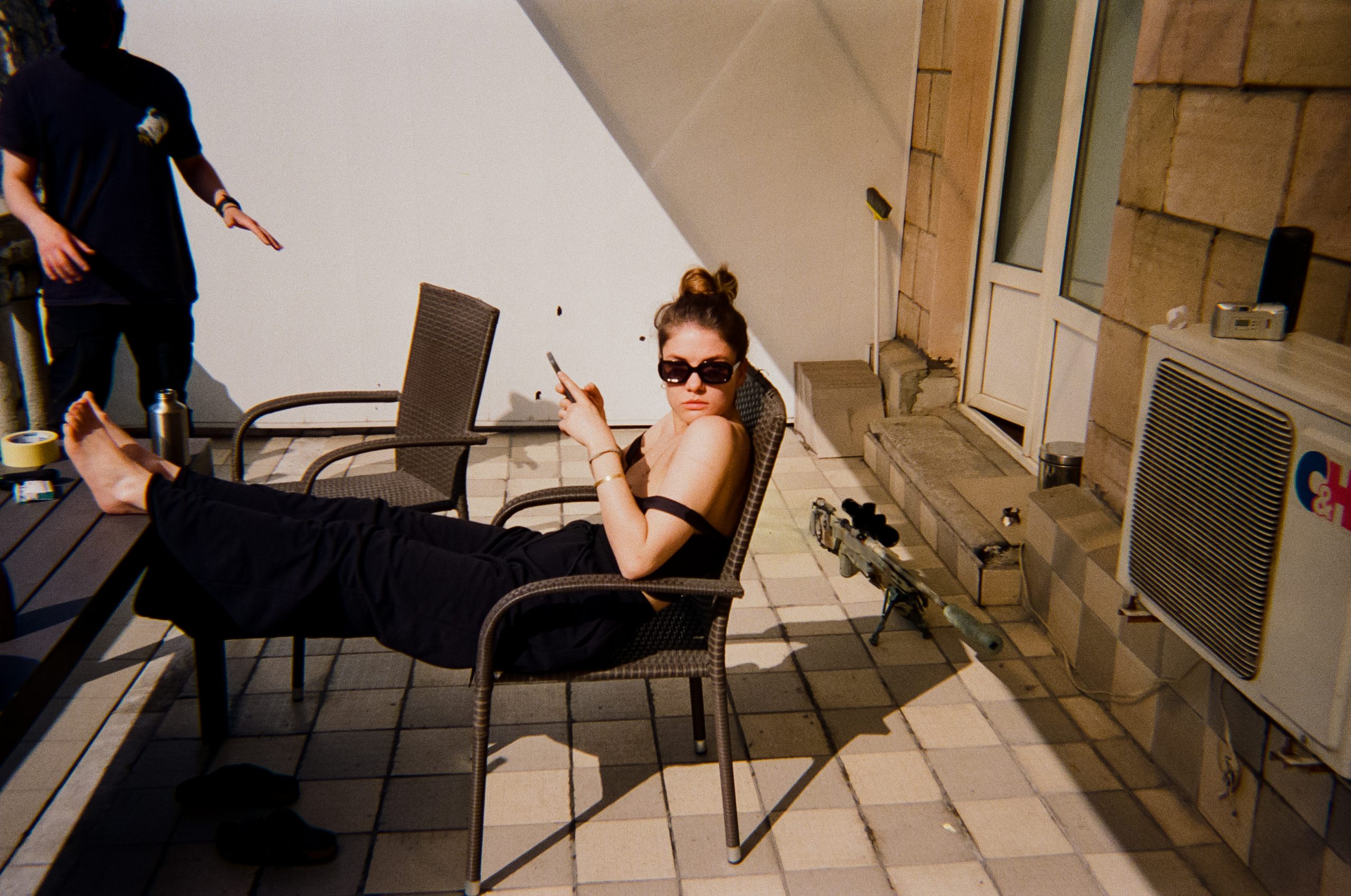 Lastly, & again, this is a record of my friends & teammates, all veterans in their own way: some of different wars, some of constant war, some of the refugee experience. Music was a way to prepare, to accept the worst, & to forget afterword. looking forward, Robert

Observations: The War in Ukraine

You can view my photo report on Ukraine’s Territorial Defense Force for Esquire here, but I have also written a more detailed companion piece below for Observers:

24 days after Russia’s Invasion Of Ukraine it’s armies have failed the sweeping conquest Russia and much of the world expected. Russia’s armies lay mired in conflict, confined largely to the East and South of the country, having captured only one large city thus far. In the North the capital of Kyiv has yet to be encircled. The Russian Military has encountered un-forecasted resistance in all majors cities, it’s supply lines have broken under constant attack, and the Ukrainian military has displayed a surprising, deadly mobility.  All of these factors can be contributed in part to the work of the Territorial Defense Forces, an all volunteer force that’s had less than a month to train and mobilize before the invasion began.

To better understand these volunteers and the role they play I spent two weeks photographing Territorial Defense units in and around Kyiv. I met men as old as 68 , as young as 18, and saw a few  of 16 turned away. Many where veterans, some had no experience at. They included Foreign Legionaires, flight attendants, native Russians, Russian jailed journalists, actors and newly wed couples. What they had in common was a fierce love of country. There role is a combination of army engineer, paramilitary and police: they build the fortifications on the streets they patrol and will soon defend by force.

The first Territorial Defense Volunteers I met during my transit from Poland to Kyiv. Men of different ages, all with the same stony eyes fixed east against the stream of refugees that ran more torrential with each train station passed towards Kyiv.   The first Territorial Defense group I met was filling sandbags from the sand of a children’s playground. The next had in 24 hours survived a Russian rocket attack and aided a Ukrainian Army unit in a complex ambush of artillery, javelins missiles and Molotov cocktails. The shells of Destroyed Russian BRDM-2s became fortifications for their position.   At a nearby patrol base a man in his 60’s crouches in the dark jamming magazines full with bullets, then unloading them, and jamming them again full. I turned on a flashlight and he waved me away “I have to be able to do this in the dark”

In the West heavy fighting in Irpin has closed the area to Journalists. A Territorial Defense volunteer bars our entry. Ducking down at the sound of a rocket barrage another volunteer explains it’s a Ukrainian battery attempting to pummel Russian forces before they can establish themselves in Irpin. He says all this without looking up, inserting bullet after bullet into a belt of machine gun ammunition.   A majority of my time was spent with a Territorial defense company on the outskirts of Kyiv, commanded by “Anatoly”  a 20 year veteran of Ukraine’s Counter Terrorism forces.  The days are spent re-enforcing positions, the nights enforcing Kyiv’s wartime curfew and searching for Russian Saboteurs or their work.   The first Patrol of the night is anything but routine. After a short pursuit a man is caught after curfew, he can’t answer simple questions about the surrounding area and is without identity papers. A search of the area yields a forced lock. The Territorial Defense squad clears the attached building. An aged local invites the squad into her atrium of plants and animals left behind by fleeing families.   Promises that the 3 am patrol will be less exciting prove false. The slightly younger squad patrols aggressively, more than even the -10 cold necessitates. Entering a low laying parking lot the night sky suddenly glows near white as tracers struggle to intercept cruise missiles. The patrol moves to cover wordlessly as air raid sirens blair. The nights bombardment has started and wont let up till the sun has risen. Returning to base the patrol breaks out cigarettes “the best breakfast” says one, “sunrise is the best breakfast” says another.

The sun has risen just as the nights last patrol crawls into sleeping bags. Crackling radios signal an alert of an imminent Russian ground incursion. The entire company makes ready, rushing to the defensive positions. A tense hour is passed listening to the radio and peering over rifle sights through firing loopholes. The alarm is called off, the Territorial Defense unit returns to base; some to bed, some to the next patrol. Over morning tea soldiers smoke with one hand and break loose bullets to be loaded with the other.